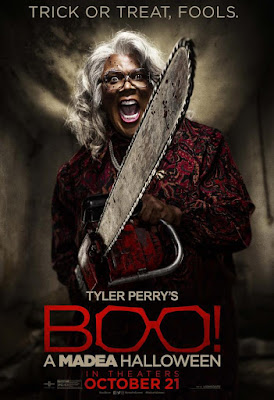 Yeah! You do your thing Tyler Perry. Don't let these racist douche bags get to you whatsoever. I get that people are quite sensitive to throwing that word "racist" around these days, but I do not care.

I imagine most people that do not like Tyler Perry movies are racists. I might be wrong, but as stated, I do not care. People are more often racist than they think they are, and because they often refuse to admit their racism, they remain racists doing and saying racist shit.

I often feel as though his films are more for the ladies or Christians than black folk, but therein lies another charm of Tyler Perry: His movies are overtly super Christian, but I do not mind. Under any other circumstances, I would not continue a movie, let alone watch almost all of the guy's movies.

In fact, I think I have seen all of Tyler Perry's movies. I have not seen the animated one nor all of his stage productions on DVD. However, yes, I have seen all of his feature films, except For Colored Girls. I bought the BluRay several years ago for my wife. She was going to wait to watch it with a friend. But they never got around to watching it, so I never got around to watching it. Funny, the only feature film of Tyler Perry's that I have not seen my household owns. 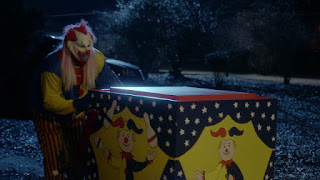 Boo! A Madea Halloween is funny as hell. The comedy is a bit slow to start, but during the second act the film becomes laugh-out-loud funny. Meanwhile, it would not be a Tyler Perry movie if somewhere in the film there was not some level of intense drama. This of course happens at the end of the second act, and as usual, I appreciate the intense somewhat soap-opera drama.Tyler Perry is an outright contradiction to my general tastes. 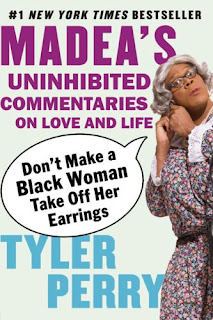 Boo! A Madea Halloween is simply a fun Halloween ride with one of America's best characters. Madea is not simply a character for black people; she is an American treasure. I read her book years ago, and it's pretty damn funny. To this day, I always clean my bedroom last and make sure any guest areas are immaculate. That's right, Madea is not only an American treasure but also a life coach.


For the record, the animated Madea movie Madea's Tough Love is not "a Tyler Perry film." Tyler voices Madea in the movie, but others wrote and directed it. Also, Boo! A Madea Halloween has a 21% critics aggregate on Rotten Tomatoes. Fuck the critics! They are no fun.