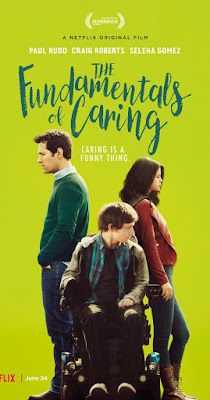 Last Sunday, I wrote that Netflix has not really produced a feature film that impresses me and stands out as a solid feature film. However, that was before I saw The Fundamentals of Caring. And the film instantly changes how I feel about Netflix as a film production studio.

Netflix was already a badass distributor and television studio, and The Fundamentals of Caring now heaves Netflix into the forefront of film production. It is clear to me that Netflix has changed and continues to change the world  more than we realize.

Paul Rudd is at his best, and Craig Roberts gives the audience a stunning and moving performance as a young man suffering from a terminal illness.

The Fundamentals of Caring blends raunchy, buddy-film humor with a taste of sweetness necessary for swallowing the darkness and pain all too often rooted in the human experience. Paul Rudd is the perfect performer for his role, both as a comedic and dramatic actor.

The film is deeply moving and often traumatic, but it some how manages to be the-feel-good film of the year. The Fundamentals of Caring is semi-independent filmmaking at its finest (I guess you can't really consider Netflix "indie" filmmaking at this stage of the game, but that's a different blog entry.) Despite what I said a few days ago, Netflix Originals Films are now simply another good reason to continue subscribing to Netflix streaming. Bastards forced me to stop my DVD subscription after they raised the monthly streaming price for older customers. 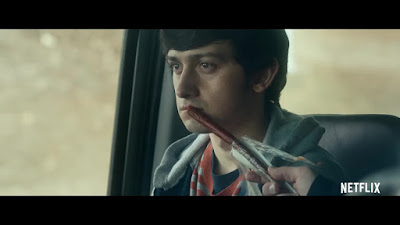 Not cool, guess my DVD money will have to go to Redbox.

Which makes me sad though, because yeah, I spend less on monthly DVD rentals. However, it's only a couple bucks, and now, I'm not checking out a forth of the DVDs I was renting from Netflix each month.

Maybe I should sign back up for the DVDs. I don't know. I also need an excuse to use my debit card each month, in order to keep my account free. Do you see what these fucks do? I just want to watch and make movies, and I have to worry about this shit.