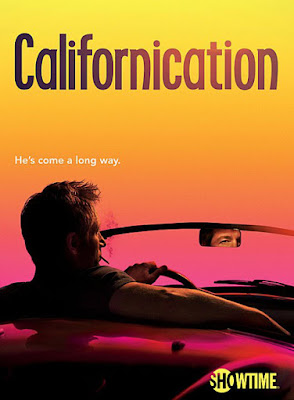 Showtime's Californication is highly sexualized, and the show often depicts sexual acts and transgressions in an unconventional manner. The show’s main character, Hank Moody, is a writer that lives a life of excess and malcontent. The show takes place in Los Angeles, California. While continually chasing his ex-girlfriend, and mother of his child, Hank is also continually drinking and engaging in casual sex throughout the show. The show is dynamically dramatic yet continually humorous. Most of the characters in Californication are perpetually preoccupied with sex. Although the characters often believe that sex will provide positive outcomes and characterizes sex as one of the most important human experiences, the sex depicted in Californication usually results in negative consequences.
In the pilot episode of the series, Hank meets a young woman named Mia reading his book in a bookstore. Shortly after meeting one another, Mia and Hank engage in sex with one another. While having sex, Mia punches Hank in the face twice. Hank’s feelings of Mia’s behavior are ambiguous, but soon after having sex with Mia, Hank learns that having sex with Mia will have detrimental consequences. 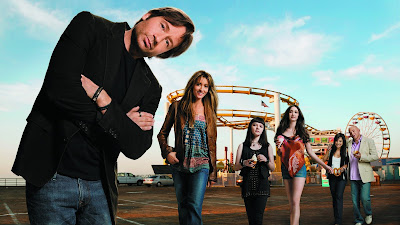 In the episode, “Getting the Poisons Out” Hank obtains a prostitute for his adult son Levon. Despite the inclination to characterize an act of prostitution as a negative sex act, the characters in this scene all experience positive outcomes. Even when exploring questionable cultural transgressions and taboos, Californication utilizes witty and raunchy humor, realistic consequences, and unique production techniques to depict sexual activity.
When Mia and Hank have sex in the pilot episode of Californication, the scene initially depicts the sex in a lighthearted manner. The music is upbeat and almost comical. While Mia’s bare breasts are displayed on screen, she is on top of Hank in a dominant position. The scene is not romantic. Mia and Hank seem to be engaged in pleasure, yet they seem indifferent of one another. The lighting of the scene is bright, and it lacks the dimly lit, warm tones characteristics of passionate sex. Mia asks Hank if he is going to have an orgasm, and Hank replies, “Might as well.” Mia punches Hank in the face. Hank is shocked and confused, but in general, his feelings are ambiguous. Mia punches Hank again as she seems to climax, and she quickly and unabashedly gets off Hank, picks up her clothes, and leaves Hank’s house without saying a word. Hank lies in bed, laughing with confusion.
The sex between Hank and Mia is awkward and violent. Although Mia punches Hank twice, the scene depicts the act of sexual violence as more unexpected, shocking, and somehow humorous than damaging to Hank’s body or psyche. 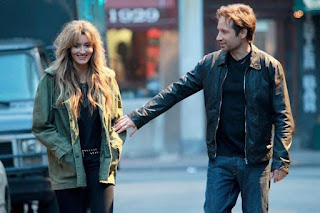 Despite the use of humor in the scene, Hank eventually learns that there where many unexpected consequences to sleeping with Mia. The scene of sexual activity between Mia and Hank lasts for less than a minute, but the narrative of the encounter continues throughout the episode and the entire series. At the end of the pilot episode, Hank learns that Mia is the daughter of the man that is marrying the love of Hank’s life, Karen. Hank also learns that Mia is sixteen years old. It becomes clear that a couple punches to the face are the least of the negative outcomes from the sex act of the scene. Instead, now Hank faces a range of negative consequences, such as public humiliation, Karen never speaking to him again, and prison. Despite Mia clearly taking a dominant role in the scene, the cultural constructs and laws of the real world and the universe of Californication consider sex between a minor female and a middle-aged male a reprehensible act. Even Hank considers his sexual encounter with Mia an abhorrent behavior. Hank is terrified, and the experience magnifies his preexisting self-loathing. At the end of the episode, Hank sits alone in a dark room as melancholy music plays. He drinks heavily and attempts to write, but he can only write a single word on the blank computer screen, “Fuck.”
Although sex with Mia presented Hank with a range of negative consequences, he continues to lead a highly active sex life. Sex and the pursuit of love are always at the center of Hank’s life. While not without regret about sex with Mia, Hank generally embraces aberrant behavior and does not apologize for his transgressions. However, Hank also has a daughter and a son. He is very traditional with his daughter, yet he takes a progressive approach to dealing with his son. During the episode “Getting the Poison Out,” we learn that Hank’s adult son Levon is still a virgin. Eventually, Hank and his family friend Marcy decide that Levon needs to have sex. Marcy and Hank decide to seek out a prostitute for Levon. Despite the overtones of objectification and lack of love involved in paying for sex, both the prostitute and Levon are extremely pleased with the outcome of their sexual experience. 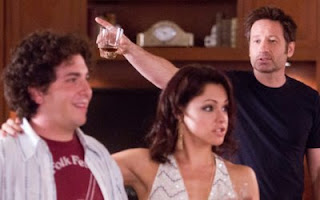 The sex between Levon and the prostitute in “Getting the Poison Out” provides an interesting and unique depiction of a sexual relationship. The show uses humor once again throughout the scene, but unlike Hank’s interaction with Mia, the humor is more overt and not nearly as awkward. The sex between the prostitute and Levon is implied in this scene. In contrast to the sex scene between Hank and Mia, Levon and the prostitute engage in sex in a dimly lit room, and the music playing is sultry and hypnotic. There is a tenderness and empathetic tone to the scene. The scene does not portray Levon as a misogynist objectifying a woman, and the raunchy humor between all of the characters involved adds a sense of levity to the scene. The humor in this scene aids in fragmenting the viewer from reality and suspending disbelief of the scenario. Rather than churning the audience’s stomach, the scene leaves the viewer amused and happy for Levon. Perhaps the most interesting way the scene depicts sex is the range of perspectives introduced to Levon before he decides to engage in sex with the prostitute. Levon agrees that he would like to have sex with someone special and without paying for sex. However, Levon does not believe his first time has to be special, and he makes the clever point that Hank is paying, not him. At the end of the episode, the prostitute tells Levon that she had a lot of fun, and she tells Levon to tweet her sometime. Ultimately, the episode depicts a sexual act with a prostitute as a positive experience, and the episode demonstrates that sex acts and sexuality exist on a continuum. 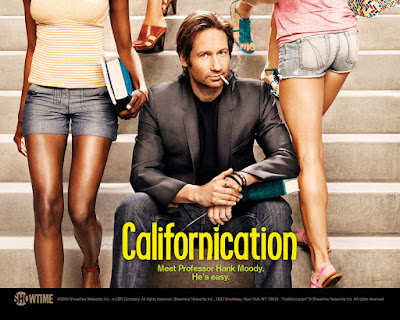 Both scenes from Californication depict sexual acts that many typically consider transgressions and aberrant behavior. Each of the scenes depicts these sexual acts in different ways, and each scene results in different outcomes. The sex between Mia and Hank is not only violent and illegal, but also invokes a range of unintended yet severe consequences for Hank. Hank is terrified and loathsome after having sex with Mia. However, in “Getting the Poison Out,” Hank’s son Levon sleeps with a prostitute, and the transgression leads to a celebrated positive outcome. Californication walks an interesting line when depicting sexual activity and sexuality. Transgressions are not without consequences, and the characters are always on the brink of disaster. However, these consequences and the disastrous lives that the characters lead are continually shrouded in laughter.