"When creating your own shit man... Even the sky ain't the limit." - Miles Davis 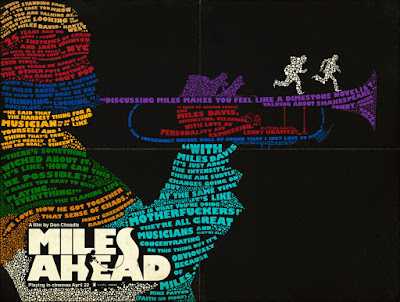 When I saw Miles Ahead in Redbox for the first time a few weeks or so ago, I thought, "Don Cheadle can't play Miles Davis." However, I was rather shocked by how good Miles Ahead turned out to be, and I guess I never really gave Cheadle the credit that he deserves.

I've enjoyed his performances in plenty of films, but nothing truly impressed me. I generally felt as though he was a bit of a one-note actor. That's partly his charm in his Boogie Nights role, he's kinda bland. However, I think somewhere in the back of all of our minds we know that Cheadle is capable of far more than he is often given in certain roles. For me, even his critically acclaimed roles are somewhat bland.

Despite my initial presumptions and diatribe about Cheadle's ability to play the trumpet wielding Davis and past roles, the reality of the matter is that Cheadle provides an exquisite portrayal of Miles Davis. And he is certainly not a one-note actor. In fact, he acted all the notes masterfully. (Fuck, so lame, had to do it as a musician and a blogger.) 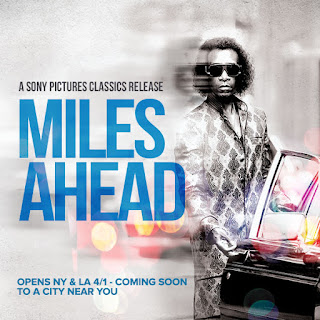 Keep in mind that Cheadle also directed the film and wrote the screenplay with Steven Baigelman. So he's not just a badass actor, now he's a badass writer/director. The film is also partly funded by an Indiegogo campaign, so it has cool indie street cred, and not the boring kind. The kind that finally helps put good shit into the world, Miles Ahead and Quitter by horizon i = two best Indiegogo campaigns as far as UTDF is concerned.

Nonetheless, the film was intense, yet it managed to remain lighthearted while always respectful of telling an entertaining story with "attitude" about Miles Davis. I'm the type of beatnik hipster that likes buying Miles Davis albums in San Fransisco and driving home to Phoenix alternating from Kind of Blue by Davis and different punk rock albums, and for me, the film hits all the important tones.

The ending is a bit cheesy, but in some ways so was Davis's late career. It was still fun, and he will always remain a genius and a legend. What do I know though? I am not an expert on his body of work, and I couldn't even tell you if the story told within the film is entirely true. I'm simply a huge fan of a couple of Miles Davis albums and jazz. And as they say, "Jazz is life. Life is jazz."

Miles Ahead is an intense and often depressing journey that retains a sense of humor and pulls the audience into the reality of Davis rather than a straight narrative.

The movie really has it all:
Money, fame, women, racism, substance abuse, the struggle of artistic genius, jazz or "social music," action, comedy, drama, and so much more.


The editing was incredible. Honestly, I could go on and on about the editing. The editing and music outperform all other aspects as far as I'm concerned, but we don't have the kind of time for that type of analysis, do we? Some of the best transitions/cuts that I've seen in a movie over the last year. Cheadle and Ewan McGregor are incredible, certainly one of McGregors sillier roles. It goes without saying that the soundtrack is incredible. How could it not be? Basically, Miles Ahead is incredible, and it is instantly one of my favorite biopics. Definitely not better than The Doors or Ed Wood, but better than Walk the Line as far as I'm concerned. Didn't that one win or get nominated for a bunch of awards or something?
Posted by Burning Empire Media at 1:57 AM