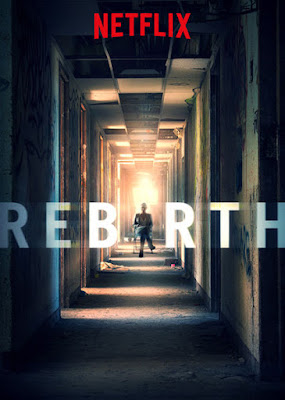 I'm not really sure how I feel about Netflix's new feature film Rebirth, and in general, Netflix has not produced a film that I am really excited about. I liked the most recent Sandler/Netflix movie The Do-Over, and I didn't mind the Ridiculous 6. However, at the end of the day, I expect a little more from Netflix.

Netflix produces some of the best television series these days, but they can't make a solid feature? Does Netflix have a problem being concise? I'm not even really saying that I didn't like Rebirth. Instead, it's just not something that I would recommend necessarily.

I enjoyed parts, I think Adam Goldberg is an awesome actor, and it's a really cool concept, but the story and build up did not impress me. I don't want to say that the ending was bad, it just was I guess. It simply exists.

It's the type of ending that I imagine a bunch of people would hate, but again, I can't say that I personally disliked it. It just felt a bit contrived and fell flat. Additionally, there seems as though there was so much more they could have done with the second act of the story.

If you subscribe to Netflix and do not have anything to watch, it's worth watching. Don't get me wrong though, there's certainly no need to suggest a sense of urgency in getting around to trying it out one night when you're bored. The question then remains, how can one be bored in this day and age? Maybe you need a Rebirth.
Posted by Burning Empire Media at 9:00 AM