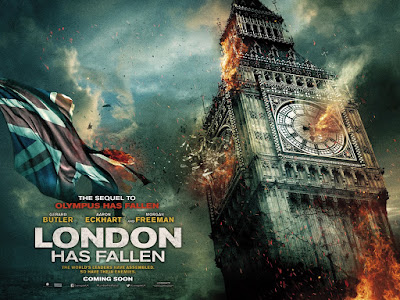 I don't understand what everyone's problem with this movie was, because I thought it was a solid action flick. Apparently, Peter Travers has quite a bit of strong things to say about the film's motivations and the film in general, but I'm not really seeing all of the particular hate that he has reviewed.

Meanwhile, I find Peter Travers to be kinda annoying, so who gives a shit what he has to say about it in the first place?

The problem I had with the movie going into watching it was that I figured the plot would be far fetched, and I definitely did not think that the first film was very worthy of a sequel in the first place. That said, I was surprised by the film, it was way better than I thought it would be, and the plot was rather plain and straight forward.

Many of the action scenes in the movie are freaking incredible, and Gerard Butler is always the man. I don't know though, maybe Travers is right, and I simply missed the nefarious and subversive goals/themes of this film.

Posted by Burning Empire Media at 3:04 AM