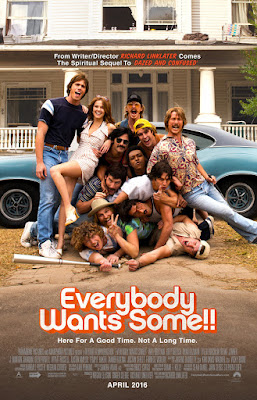 I unfortunately missed this film in theaters. It's theatrical release seemed as though it came and went, but the film was just as good as I expected. I have always been a fan of and inspired by Richard Linklater, and Everybody Wants Some!! demonstrates why Linklater continues to be one of the greatest living filmmakers and one of the greatest filmmakers of all time.

Despite my love of Linklater, I have not been the biggest fan of his films since Waking Life. Slacker, Dazed and Confused, Suburbia, Waking Life, and a few others are absolute classics. And that is not to say that his recent films have not been amazing and unique ideas, such as Boyhood. However, they don't arose the same emotions as some of my favorite Linklater films. 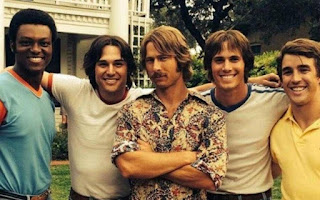 Now, mind you, I am a huge fan of a solid stoner film and Dazed and Confused is the mother of all stoner films. If you're looking for a straight up stoner film that competes with Dazed, Linklater and me have grown up a bit, and Everybody Wants Some is not necessarily a stoner film. Instead, it provides a no-holds-barred, coming-of-age picture about a young man questioning the world around him. Classic Linklater. The emphasis on weed is not as prominent, but that does not necessarily mean that it is in short supply.

The characters are hilarious. The costume design is fresh and on point. The underlying themes and Linklater-style philosophies and pontificating are just as interesting and engaging as ever, and he's not as heavy-handed in this department as some of his recent films. I simply loved it, and will definitely be adding it to my Blu-Ray and UltraViolet collections as soon as possible. It is my favorite movie of the year thus far.