I am definitely one of those people that is rather upset that a new episode of Elementary was skipped in order to fill the slot for the Country Music Awards. Super dumb. Elementary is my favorite currently airing television show. 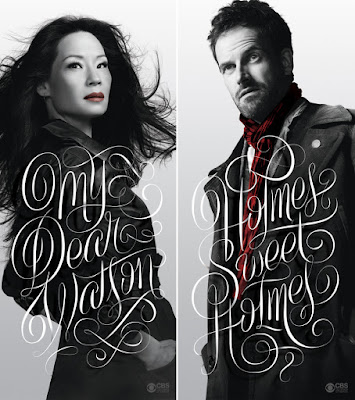 Johnny Lee Miller is one of my favorite actors (I love Hackers!) And I even like Lucy Liu's as Watson. I use to think she was one of the most annoying actors.

I've heard some supposed purists talk about how Watson can't be a female, but I honestly think the notion is ridiculous and the reimagining is rather clever.

Furthermore, these many of these supposed purists have never read Sherlock Holmes, and they seem to come out in protest of the character only to wave their sexist flag of bullshit.

Elementary is one of the best shows on television. And they sure haven't  ended a season like the most recent season of The Walking Dead, so I would say that it has moved up to tie for first place with The Walking Dead. Honestly though, I'm just being bitter. Once I settle down, I'm sure Elementary will slip back to 2nd place. Nonetheless, it's still an amazing show, and CBS.com allows viewers to stream the last five episodes free of charge. (A new episode better air tomorrow dammit!)
Posted by Burning Empire Media at 3:09 PM