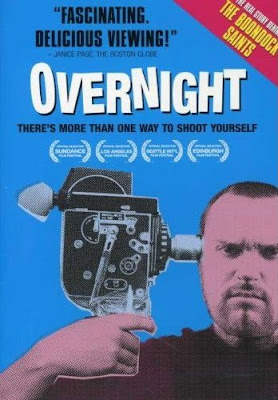 I just watched the 2003 documentary Overnight in a film class. I had heard of the documentary and Troy Duffy, writer/director of Boondock Saints, prior to the class, but never had the opportunity to see the documentary.

Despite hearing stories about Troy Duffy's terrible attitude and inflated ego, nothing prepares you for how much a douche bad he seems to be. The dude is utterly intense, not someone I would want to be around, ever, and Boondock Staints is good, but it's not that good.

Anyone that has the balls to talk shit about a member of Steely Dan is automatically a crazy and unworthy lunatic. Generally, I have to be in the right mood for a documentary, but I'll always be in the mood to watch this documentary again. It's less than ten bucks from Amazon: a steal!
Posted by Burning Empire Media at 4:20 PM