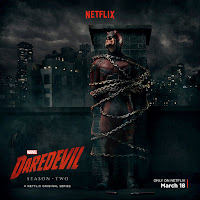 "The man without fear" is here. I have only watched the first episode and a half of Daredevil: Season 2 and so far it is already amazing. This series is easily my favorite Marvel film/television incantation of the last decade. 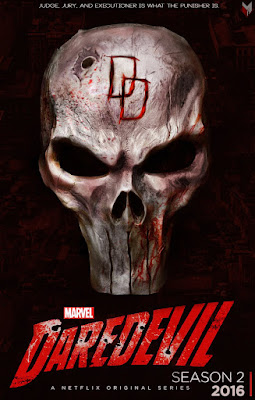 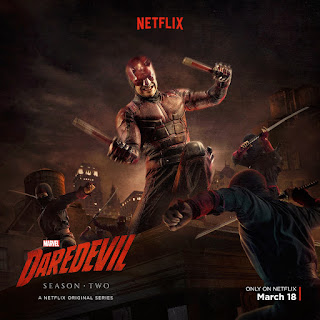 I have always loved Daredevil in general. I'm not super nerd purist that knows all the plot lines of the comic and needs the show to match the details that I think it should have.

I simply love Daredevil as a character and loved the few Daredevil comics I had back in the day. And I love what the production has done with one of my favorite characters.

Okay, like I said though, I've seen less than two episodes of this season, so what do I really know. Maybe the whole thing takes I sharp turn of a cliff in episode two. I don't know. However, if you liked the first season, I'm pretty damn sure you'll be happy with the beginning of season 2.

Final note, in case you're wondering, the Punisher (Shane) is rad, and Netflix and Shane may have finally nailed the part, in a live action sense. Just look at all of this promotional art. It's freaking beautiful and says it all for me.