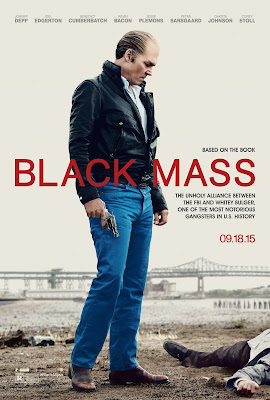 Damn, Johnny Depp continues to be a badass. I'm torn as to whether I am disappointed or not that I did not see Black Mass in theaters.

It is a great movie, and Johnny Depp is freaking creepy and unbelievably magnificent. (Apparently, not everyone feels this way, but what the fuck do they know in the first place?) Additionally, the movie has Rory Cochrane, and who does not love Rory Cochrane? Everyone loves Rory. Everyone. And then there's Joel Edgerton. This dude also provides an amazing performance, as always.

Ultimately, I think that it was best that I saw this film on video instead of the big screen. It's a little slow at times, and Johnny plays a wickedly tyrannical man that might have made me cry with fear in the darkness of a theater.