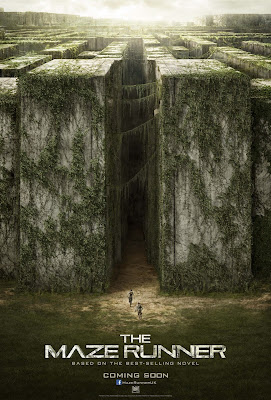 Well, this movie was a pleasant surprise, and I look forward to the continuation. I just caught this movie on HBO, and it seems as though there was something wrong with the film's marketing.

However, with a domestic gross > $100 million and a production budget of approximately $35 million, it's not like the marketing hurt the numbers. Meanwhile, this fucker earned > $330 million worldwide according to IMDB.

Instead, I feel as though an older audience should have been targeted as well as the kids, but that's just me.

The story line of The Maze Runner is interesting. The concept is cool. The mosters are creepy, and the general tone of the film has a grittier edge that suits my palate. While I am not aching to buy the Blu-ray combo pack or in a hurry to read the books, The Maze Runner was certainly more interesting than I expected.
Posted by Burning Empire Media at 12:00 PM