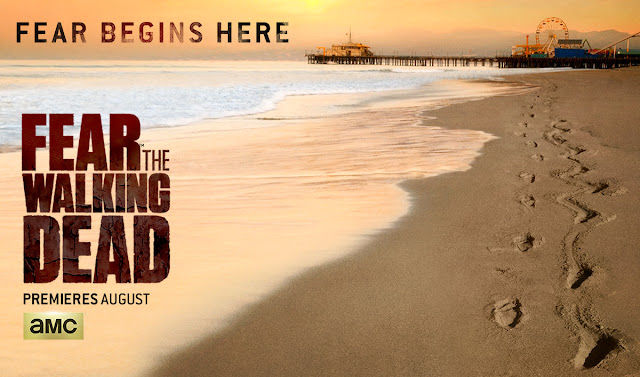 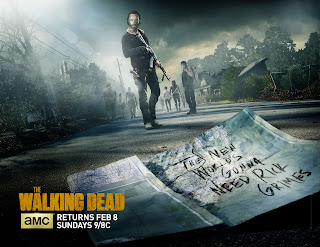 Last night, I just finished the most recently released TPB of The Walking Dead, #23: "Whispers into Screams."  I am pretty darn sure that I can say that I've never read more pages of a single comic than The Walking Dead, and I've already pre-ordered #24 of The Walking Dead TPBs. I read both compendiums, and naturally, after completing them, I  had to start reading the TPBs. I would love to be current and read the comic issue by issue. Who wouldn't?

However, that would send me on a tailspin of going back and attempting to collect the 1st printings of the entire series, and collecting them as they come out. Unfortunately, I am not that kind of fan boy. I not only do not have that kind of money, but also cannot endure these types of obsessions in my old age. Instead, I lead a simple life by waiting patiently for the TPBs to come out every few months. 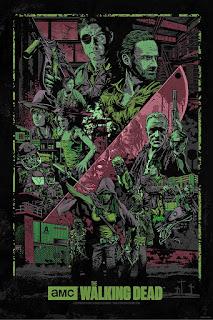 I feel as though I should not look up certain shows on IMDB. While not always the case, I've had the unfortunate spoiler of knowing that a particular character dies just by looking at their episode count. I may have fallen in this trap by viewing the cast list of Fear the Walking Dead on IMDB, but I will not know until the end of the season. Nonetheless, don't look up some shows on IMDB fair reader, or at least attempt to avoid how many episodes the actors have a role. 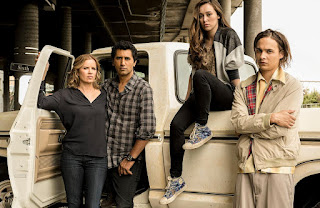 Fear the Walking Dead is really cool. Although I was excited for the premiere, I was not excited as I thought I would have been. I certainly wouldn't say that my fire for all things Walking Dead has gone out, but there is an element to the simple existence of this show that seems, dare I say, contrived, forced, and/or gimmicky. Regardless, I am happy to have a new show.

The characters are interesting, the plot is definitely worth following, I've always liked Cliff Curtis' work, and the special/walker effects already seem a step above The Walking Dead. Meanwhile, it's also cool to have the show set in Los Angeles. The boisterous setting of L.A. alone will provide a variety of badass elements for the writers to draw from. While it is too early to say that I love Fear the Walking Dead, I highly doubt that it will take me long to give away my heart to yet another AMC show.