Documentaries generally do not strike me as a fun-filled good time. There tends to be exceptions to the rule, but mostly I have to be in a particular mood to watch a documentary.

I consider myself some sort of independent filmmaker, so Corman's World seemed like a must-see source of information and learning. However, that does not mean that I was ever a passionate Roger Corman fan. Merely that I always appreciated him and understood the indirect influence he has over my life.

Corman's World now happens to be my second favorite documentary of all time. Furthermore, Corman himself proved to be one of the most inspirational filmmaker stories I've had the pleasure of learning about.

Corman's World was not only educational but also a fun-filled amazing time filled with captivating anecdotes, a moving social standard, and a standard of quality not always found in a Roger Corman movie. 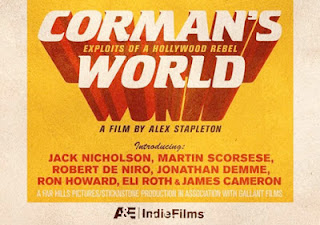 And one last thing, Roger Corman seems like he may be one of the most pleasant celebrities on the face of this planet. 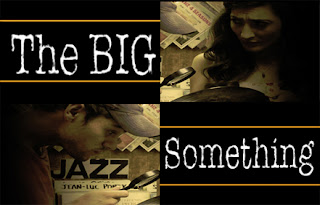 Never in my life did I think I would watch a film in which a character tries to sell a Cheech and Chong vinyl in the record store I bought my first Cheech and Chong vinyl, Big Bambu. However, The Big Something (filmed in Tracks in Wax on Central) manifests the quirky scenario into a reality of high definition digital celluloid.


The Big Something provides the audience a fun little tale of murder mystery, Arizona slackerism, and the plight of a twenty-something Travis Tritt fan.

Not only filmed in my favorite childhood record store, but also set in the mystical land of mixed accomplishments and broken dreams, Tempe, AZ. The Big Something utilizes a variety of nicely scouted Phoenix metro locations. The film inspires many, “Hey I use to snake milk crates from there” and “Do doughnuts after washing my car in that parking lot” moments which make the film quite appealing to an Arizona native. Additionally, the desert city atmosphere added a unique sense of personality not found in many films.

In general, I turned my back on the “indie” film market several years ago. Not independent films, but rather the film shot on a shoe-string budget that perfectly fit a niche genre that reeks of watered down Kevin Smith style dialogue, lays out plot and character development in a manner that makes the audience feel as though they are waiting in line at Disneyland, and generally self-admits a more unique way of making a low budget film could simply not be devised. In other words, I find most of the “indie” films of the 2010s to be boring, depressing, and only inspiring empathetic embarrassment. Furthermore, watching a group of four people in turtlenecks drinking wine and pontificating life, religion, and cell phones does not appeal to me, unless it stars David Hyde Pierce or Jeremy Piven. I digress.

While The Big Something feels somewhat like Clerks in a record store, it breaks free from my negative sentiments of indie films and executes the telling of a fresh story from a unique perspective. I’m personally happy this is one of the first digital films I’ve purchased online, and the pick-your-price style of distribution always deserves two thumbs up or twelve tomatoes or something. I can really appreciate The Big Something. All of the cast and crew’s work stands out with above-average quality and deserves a big round of applause. The Big Something has to be one of the first films over the last decade able to inspire my hope in both “indie” and Arizona films.

This article was originally written & published for a different publication in August of 2012.
Posted by B.E. Media at 1:28 PM

Email ThisBlogThis!Share to TwitterShare to FacebookShare to Pinterest
Labels: Arizona, The Big Something 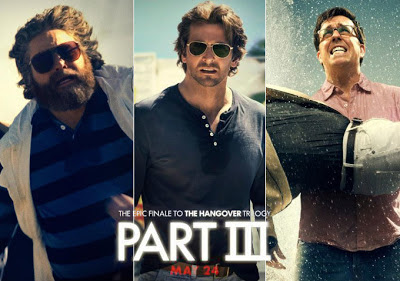 I don’t give a damn what you say, and I’d probably say you’re dumb if you said otherwise: The Hangover III fucking rules!

Let the critics bash it, “It’s got a… on Rotten Tomatoes.” Shut up, you no fun having asshole. I genuinely appreciate Todd Philips, the cast, and story of this movie. Not to mention the soundtrack.

Everyone bitched about the outline borrowing of the second Hangover. I have no clue why they are bitching now and I don't care. Is it a matter of expectations? I have expectations when I watch a movie too. I also love it when I film goes entirely against my expectations. 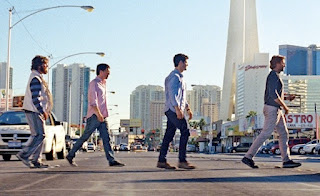 When I walked out of the film, I looked at my friends and said, “The only thing missing was (omitted).” However, on second thought, the film was exactly the way it should be. 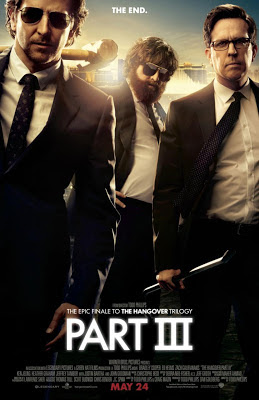 I decided to discuss a movie that I feel is much more dynamic, skillful, and personally touching than the masses may have you believe.

Meanwhile, I made the decision to do so in a manner that is detached from the general conventions of this organization. First off, because I can. However, what’s most important is I am merely writing this because I truly fucking loved The Hangover III.

Sometimes the best movies are the ones that you don’t like but I love.