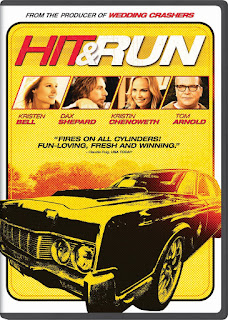 I can't recall a time that I noted Dax Shepard much. I remember that he use to help Aston Kutcher with silly pranks, but never did I think to myself, "Oh nice! Dax Shepard is the star." The general trend may continue. However, were the film to be starring, written, and directed by Dax I cannot honestly think of another reaction I would produce.

Almost every aspect of Hit and Run came as a surprise to me. Meanwhile, my preconceived notions were not crushed by some contrived string of clever and unexpected editorial twists and plot turns, but rather by a highly satisfying and seasoned execution of entertaining storytelling. There's dynamic subplots, extremely interesting supporting characters, and superior performances across the board. 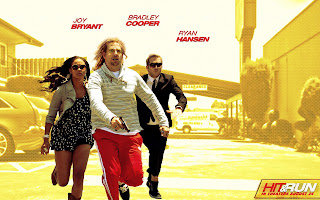 I could not imagine how, a person that does not take the world too seriously and loves comedy, would not enjoy Hit and Run.