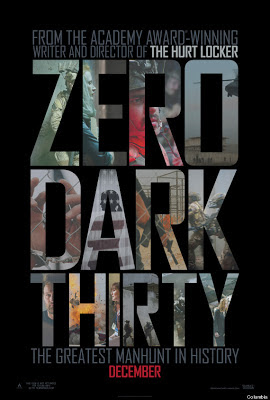 Maybe I should watch it again or something? No, thank you. I generally do not find myself yearning for the end of a movie. Especially, with the looming thought, "Maybe this one has a better ending than their last." While the ending stunk just as much as The Hurt Locker, Zero Dark Thirty had a much more refined boring-as-shit consistency than Hurt Locker.

Kathryn Bigelow seems like she's anxious a lot and, much like the torture controversy, misdirected. I found the end of The Hurt Locker disappointing, and as a father quite insulting. Zero Dark Thirty, was not so much a disappointment but rather a piece of military-propaganda garbage basking in the pretense of intentional award grabbing. And this red haired Jessica Blubbinstain, or whoever she is, nominated for an Academy Award? She can't even cuss.

I read somewhere there's 272 occasions of the word fuck in Resevoir Dogs. Any one of the Dogs' use of the word graces the audience's ears in a free flowing harmony. Now compared that to the few sprinkled in Zero Dark Thirty by this Jessica chick, and it seems apparent that she would speak more naturally were it merely a matter of strep throat. 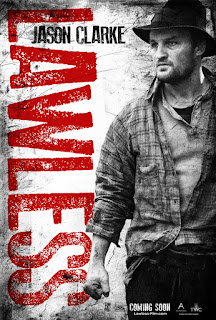 The supposedly noteworthy string of bland, drawn out, and uninspired chucks of plot end on some contrived release of energy from Jessica. She hones in whatever childhood trauma she must, and sheds a tear after "expertly" identifying bin Laden's body

Facial recognition be damned. Jessica is the gal to go to during these important matters. "Clear a path soldiers," Jessica has arrived to confirm the conclusion to, as the film taglines, "The greatest manhunt in history."

Why has nobody been bringing up this Jason Clarke guy? He is the male lead, and one of the brothers in a good movie of 2012, Lawless. Clarke was phenomenal in Zero Dark Thirty (as well as Lawless.) Either way, I bet I would have been more moved by a sequel to Point Break.

Slop it up America, because Up Till Dawn Films will not.


Please note: We are perfectly aware that Jessica is also in Lawless. So what?
Posted by Burning Empire Media at 11:07 PM