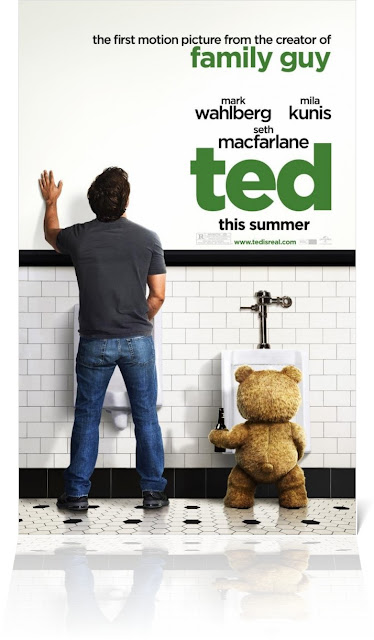 TED is the type of film that makes you want to spit on a bad review, or fellow coffee shop patron that pretentiously talks shit about the comedic timing and the disappointment Charlie Chaplin would express.

Mark Wahlberg does an awesome job (as usual,) the bear is freaking hilarious, Mila Kunis does Mila Kunis beautifully, superb writing, watch it over-and-over factor through the roof, and generally a great time. Thank you Ted.

A local critic, from a very popular publication, decided to review the film as though she orginally intend on viewing the Titanic in 3-D re-release. Up Till Dawn Films and friends would like to say, "Shut up bitch, you don't know what you're talking about."