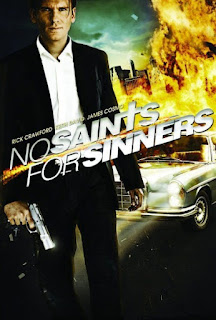 The chosen cover art for this film makes me somewhat angry. Imdb ratings of this film reflect a 4.2 stars out of 10. The masses are simply baffling. I found this film to be an surprise sleeper action hit. The first ten minutes of the film contain film editing orgasms that shall not be given away here. They set the tone, the pace, and everything else that rushes over the audience for the remainder of the film. No Saints for Sinners is the type of film you don't want to end.

Both score and soundtrack are noticeably superior without overshadowing the film itself. Certain moments in this film negate the possibility for the whole to categorically suck. Either way, the film as a whole is anything but sucky. Lead actor, Rick Crawford, does not manifest a man crush but he's a convincing bad-ass that I wouldn't mind seeing in some more roles. I really thought almost every aspect of this film was done very well. Acting, directing, cinematography, editing, music, script and dialogue are all of superior quality. There's a particular scene within the first act that will always stand out for me. 4.1 out of 5 stars! Comments? 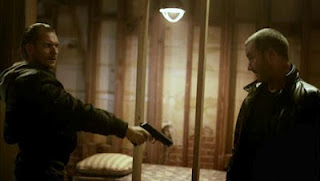 Posted by Burning Empire Media at 1:29 AM